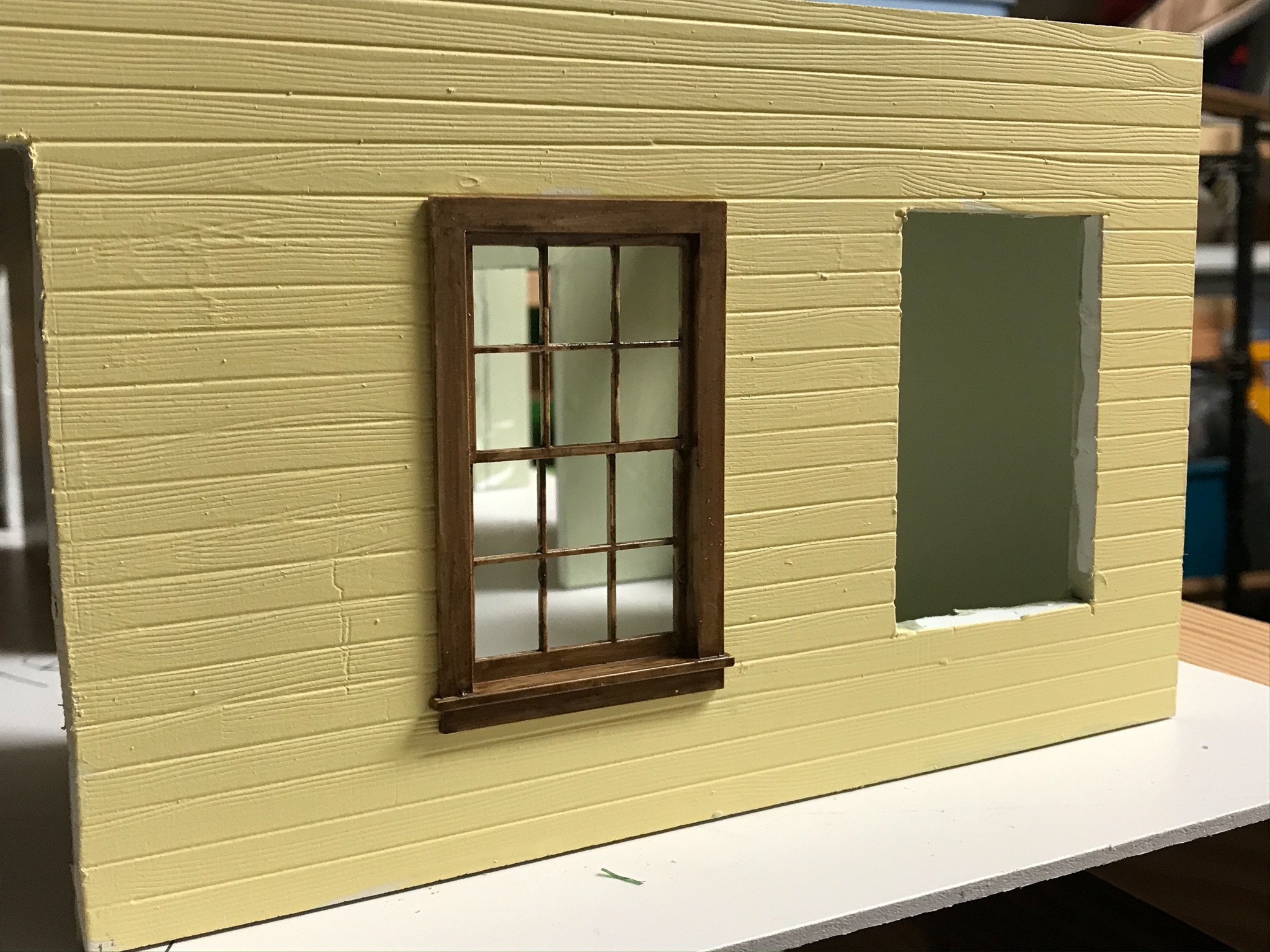 The Martinez community in the early 20th century faced many challenges but perhaps none was more important than supporting its local agricultural interests. Especially desirous for support were its vintners, of which there were many, including the Christian Brothers, who produced various wines and brandies until relocating to the Napa Valley in the early 1930s.

My project this year was a farmhouse for a larger vineyard component of the C & AV RR. Mik’s Challenge is an annual modeling competition where contestants are given an idea and a $30 budget. In 2020, contestants had a build something around a 3-D printed chimney, which was graciously supplied. Based on an article published in The Craftsman of June, 1906, the farmhouse is “comfortable, homelike and beautiful,” with a single chimney made to do service for the entire house, as it is arranged to accommodate three flues (see the image from The Craftsman below or to the right).