A blend of genealogy and history, along with current events, politics, religion, and other stuff not always suited for the dinner table. No charge. No spam. Just love. And trains …

At the heart of The World According to Greg is the written word. Be it through a blog post, a short story, social media postings or a tweet, for me, as for Truman Capote, who once wrote, “the greatest pleasure of writing is not what it’s about, but the inner music that words make.“

The posts on this site are divided into two main subject areas. One is The Story of Us, with stories, posts and photo galleries specifically related to genealogy and family history in general, and my family (and all its many branches) in particular. If you’re mainly interested in that and not all the political stuff, that’s the place to go.

On the other hand, The Truth … According to Greg is, well, everything else, the stuff about current events, politics, religion — you know, all the things you’re not supposed to talk about over the family dinner table. In fact, talking about this stuff has gotten me blocked from the Facebook pages of two cousins of mine whose stories are a part of The Story of Us and who probably won’t be inviting me to their dinner table any time soon. Sometimes the truth hurts.

This page displays some of my various social media feeds. Although it’s sometimes hard to separate one from the other, as is the case with the two tracks described above, one account @Gregory_Hile has mainly the truth stuff and can be found over on The Truth page, while @Hile Family History focuses on genealogy and family history and can be found below and on the home page.

One never knows just what we’re made of …

Teachers, what do you think about this? Students, are they right?

The best teachers I remember from high school and college weren't those who taught their subject particularly well. They were the ones who taught me the joy of learning in general. Learning specifics was merely a special case, one which I could pick up later.

Lightbox link for post with description Visited the graves of some of my Carothers...

Visited the graves of some of my Carothers ancestors at the Alhambra Pioneer Cemetery in Martinez. While the cemetery is in poor shape, at least they had a pretty nice view …

People think Fox News is just about indoctrinating right-wingers, but it’s also about conditioning Dems on what to run away from. Framing racial justice as “controversial” is key to delaying the protection of voting rights (& others) until it’s too late. We shouldn’t indulge it.

What if Everything You Learned About Human History Is Wrong?

What if Everything You Learned About Human History Is Wrong?

In “The Dawn of Everything,” the anthropologist David Graeber and the archaeologist David Wengrow aim to rewrite the story of our shared...

Lightbox link for post with description Faith moves mountains! So blessed and excited for...

Faith moves mountains! So blessed and excited for this opportunity don’t care if it’s for 1 day 1 week 1 year or 100 years getting to wear these colors and represent the @Ravens is special and y’all gettin my everything flock ‼️ Time to go to work tomorrow & get a W! #RavensFlock

Not sure who is the more brilliant, Henry Louis or CeCe, but they’re both incredible people …

My great grandmother Ella Smith Hile taken April 28, 1919 just before departing on an epic train journey with her family to the west coast

In 1892, he bought a 1st-class train ticket.
He was kicked off.
Arrested.
For being Black.
The Supreme Court ruled against him in a "separate but equal" law that codified 2nd-class treatment for Blacks.
Today, Homer Plessy got a pardon from Louisiana.

Moving some things over to a different page that will focus on my genealogy and family history work. Stay tuned. Some exciting things are coming (at least I'm excited ...)

Lightbox link for post with description Thank you to the Hannibal Free Public Library for...

Thank you to the Hannibal Free Public Library for visiting with #Missouri2021. Organized in 1889, this was the first free public library in the state. The current library building opened in 1902. #whereisMissouori2021 #Missouri200 #MO2021 #MO200 #Missouri #ShowMe #Hannibal

Not sure if we are actually related but I had the honor of meeting Sir Roger in Berkeley during the 1990s and we decided we were cousins regardless ...

A young Roger Penrose in 1963 with his son Christopher; this was the year before he proved his famous singularity theorems for which he received last year’s Nobel Prize. 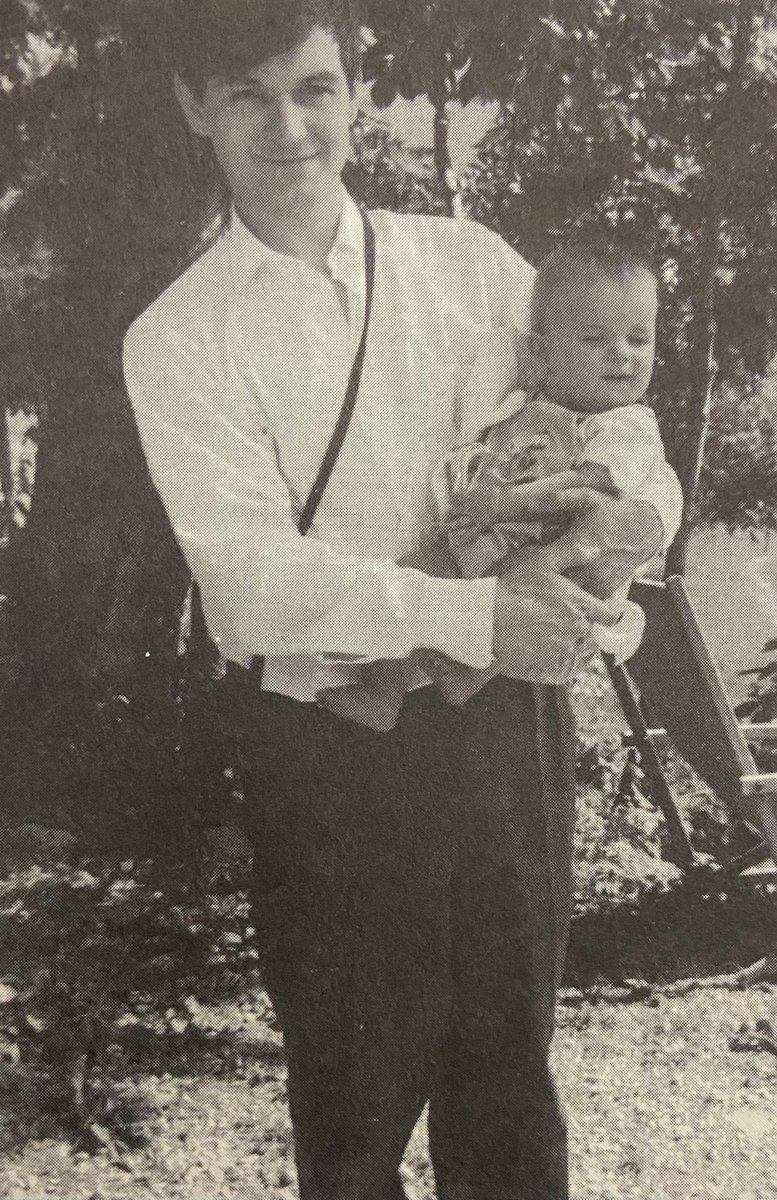 There's a lot to catch up on. Starting with some retweets about Hannibal, Missouri, birthplace of my father, grandfather, and great-grandfather. Also the boyhood home of some guy named Twain ...

Welcome to Hile Family History, a new feed for those interested in the Hile, Bousman, Penrose, Johnson/Korhonen, Baugh, Carothers, Jennings, Christian, and related family histories and locales, including Hannibal, Mo.

Write on the Road

Hannibal, Missouri gave is two famous people to write about as we traveled through.
We'll start you of with Margaret Brown https://t.co/4mV5PqYMNY

I never realized that Stone died in Hannibal at the home of his daughter.

November 9, 1844: Death in Hannibal, Missouri, of evangelist Barton W. Stone, a founding leader of the the Stone-Campbell movement, later to be known as the Christian Church and the Disciples of Christ.

Lightbox link for post with description Did you know there are 15 original Norman ...

Lightbox link for post with description The first election for office to be held after ...

The first election for office to be held after the 19th Amendment took effect is conducted in Hannibal, Missouri, and 147 women who have recently gained the right of suffrage take part.

Lightbox link for post with description The Clemens, Blankenship, and Hawkins (AKA the...

The Clemens, Blankenship, and Hawkins (AKA the Sawyer, Finn, and Thatcher) homes in Hannibal, Missouri. They all really lived just a stone throws away from each other and only a couple of blocks from the Mississippi river. April 14, 2016

🌻 National Tom Sawyer Days 2021. 🌻
So happy to be back in Hannibal, Missouri to compete in fence painting!!... Which I lost.😚

Lightbox link for post with description About 1/3 of the entire Indiana bat population...

Lightbox link for post with description The owners of a famous cave in Hannibal, ...

The owners of a famous cave in Hannibal, Missouri, named for Samuel Clemens, better known as Mark Twain, say they have finally found the writer's signature after decades of searching. https://t.co/ddSfRkmBQN

Mark Twain (Samuel Clemens) was born in Florida, Missouri in a house across the street from where my grandmother would be born some 75 years later. 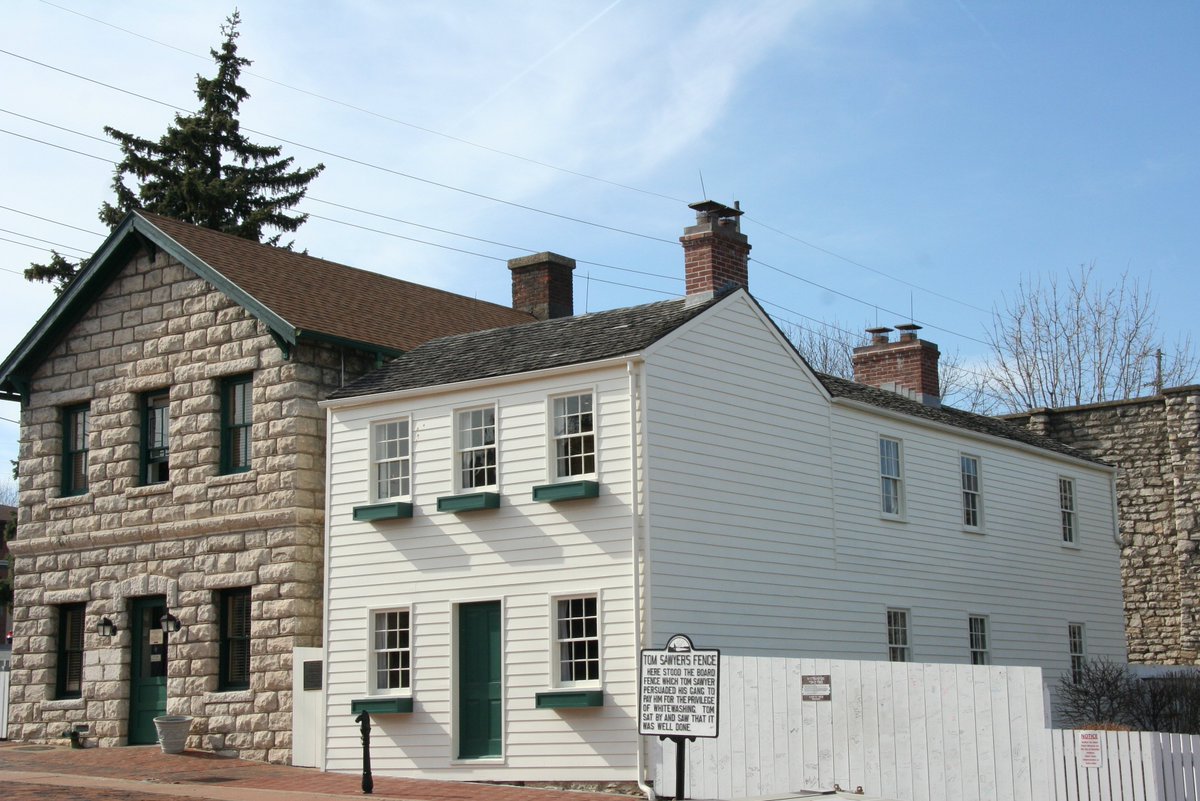